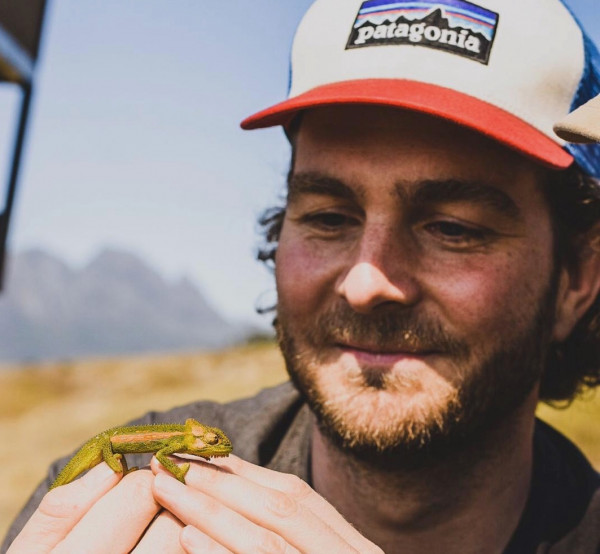 My name is Tobias Lickes, I am a journalist and film author. I live with my family in Hamburg. I always have to look at things up close. Even if they are not always as easy to catch as this chameleon here.

I love making movies: Researching topics, finding exciting protagonists, pepper people with questions. To shoot and edit the film afterwards (in a team or on my own).

After studying political science, sociology and communication science in Münster and Sydney and completing an editorial traineeship at Norddeutscher Rundfunk (NDR 2010), I realised films for ARD and ZDF.

At NDR I was a film author for the satirical magazine "extra 3" for about two years before I switched to documentary and reportage.

Today I work for various editorial departments and productions, including "Die Story im Ersten" or the documentary series "45 Min", as well as lecturer.

My career is essentially based on three pillars: coffee, coffee and coffee. Aren't fair trade-Flat Whites the best invention of mankind EVER? My philosophy is simple: no coffee, no film!

With the first coffee in hand I regularly check wave forecasts to find out where - at least theoretically - you COULD surf damn good today...