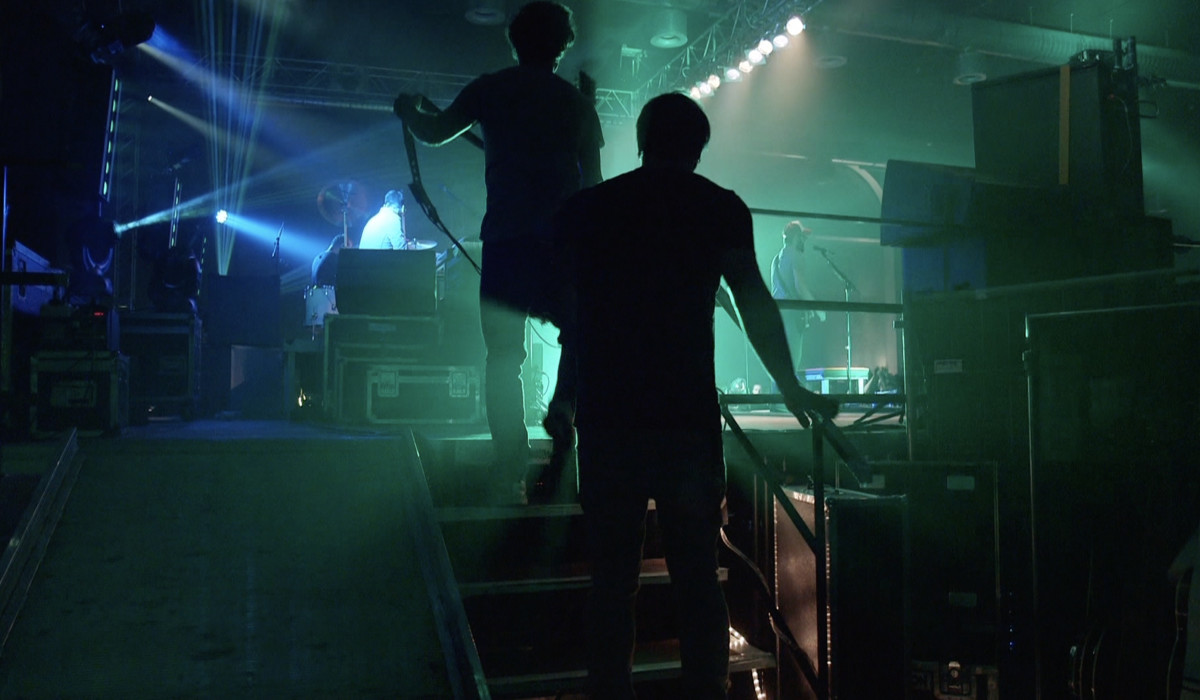 Sweating in the shadow of the stars

"When you get kicked out after four weeks on tour at a highway rest stop, only to get directly onto another bus to join the next band for three weeks, then you sometimes wonder why you're doing this to yourself," says Markus and pulls his cigarette. "Of course it's a tough job. Not everyone can stand the pressure. I know colleagues who have killed themselves..."

Bands are celebrated, cheered and loved by their fans. But behind the stage a whole crew works hard so that the stars can shine on stage. Why do the roadies do this to themselves? Little sleep, heavy lugging, never at home - and the applause goes to the band.

For seven days the NDR authors Tobias Lickes and Johanna Leuschen will be on tour with the band "Jupiter Jones" and their crew. Together with the roadies, they carry the equipment onto the stage, spend the nights in the tour bus and experience life backstage.

"7 days... among roadies" lets the audience experience the everyday life on tour from an unusual perspective. The film shows a life between tiredness and sore muscles - and what happens when the show is over: When the lights are off, the band has left the stage and the audience has left. Then, when the tour can turn into an torture.